At The Cicada Club!! 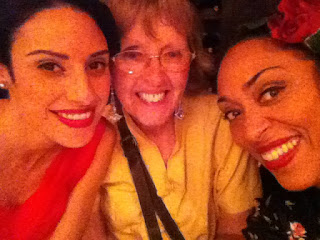 So finally, I went to the Cicada Club! As I don't have my own transport here in LA I managed to persuade my mother to join me. And I invited my new sister-in-law too!! 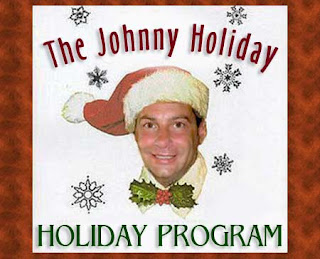 The evening we went there was a Christmas show on. 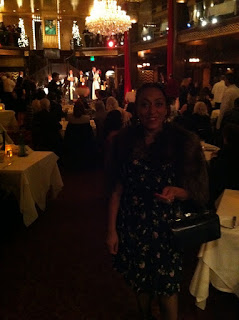 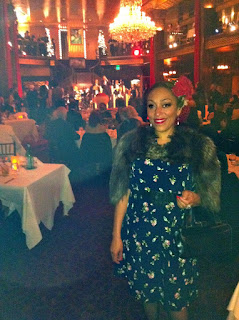 Since the first picture was dark, we re-took it with a flash and I ended up having the obligatory red eyes. Later at home I tried to Photoshop my eyes darker which ended with me looking sort of like a glamorous raccoon... ;) 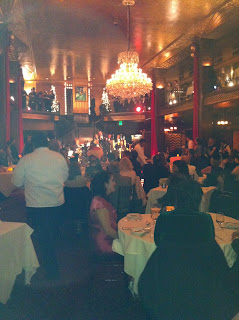 What a beautiful club! Lots of vintage styles even though many dressed in more modern attire. 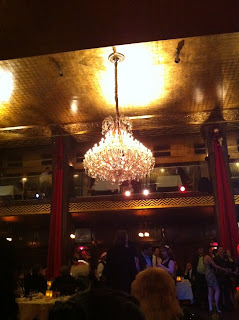 The enormous chandelier that graced the ballroom! Oh, all the little delightful details. 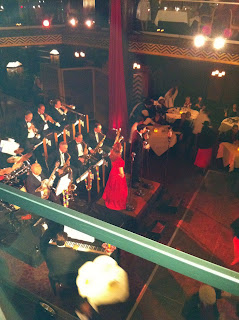 And there was music and dancing! 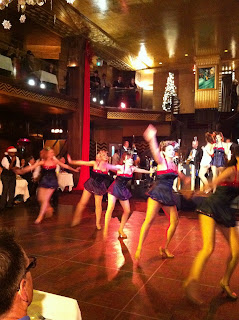 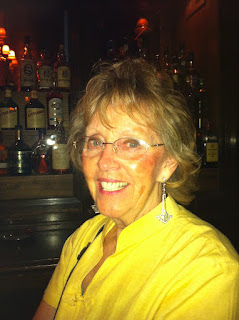 My Mom thought it was great! 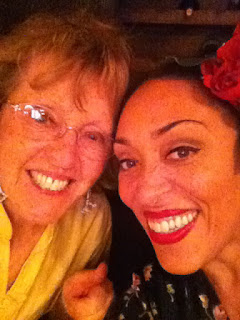 Together we spent part of the evening commenting on what people were wearing. 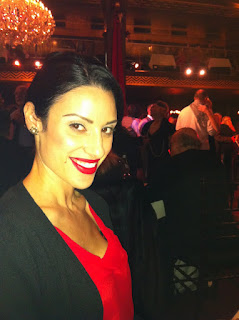 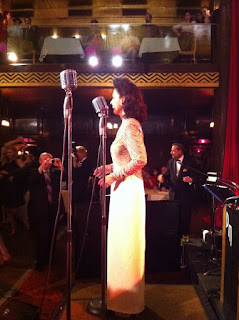 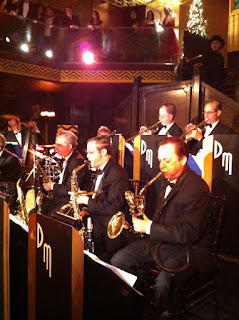 Even though I didn't dance, the music was great ! 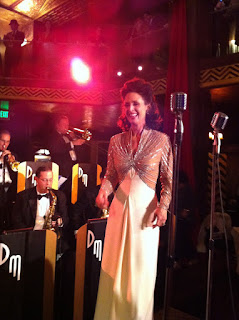 And everyone on stage looked quite glamorous! The show was actually broad casted just like it would have been in certain clubs back in the day. 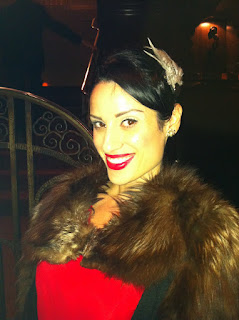 I lend my fur wrap to my sister-in-law for an added vintage effect. Doesn't she look absolutely amazing!!

oh WOW !!! what a place !! and your sister in law is a true beauty !!thanks for sharing those super super pictures. I wanna go ther , too...... you and your mum have the same lovely big smile !
kisses, anne

you look fabulous! I was indeed pretty tired from my long Saturday but I can live vicariously through you for this event hehe.. :D you look like you had a wonderful time, I love the decor! I'm local so I hope to check it out and make it a regular place to go for cocktails :)

Oh, Frollein it was so much fun! Yes, my sister-in-law is a true beauty inside & out! Big hug!

Ms Retro Natural : I had a wonderful time. You should check it out. Perhaps we can meet in La before I go home? :)