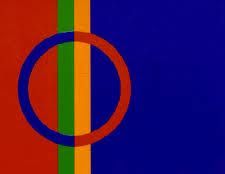 The flag of Sapmi

Straight after the opening night I went even further north to Kiruna and into the heart of Sapmi. 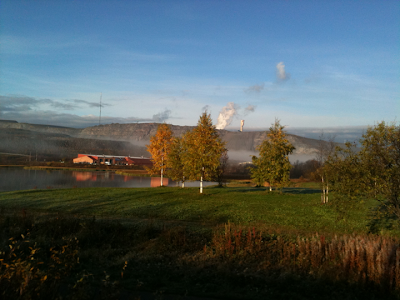 The beauty of this region is breathtaking! I came late September and knew that autumn was on its way out... 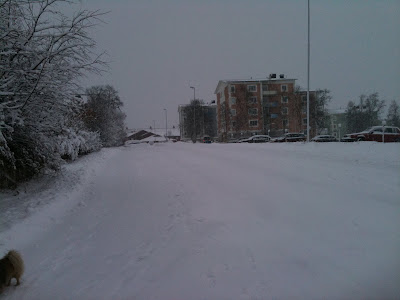 And sure enough soon the country was covered with snow... The little fury thing on the left side of the road is Neo :) 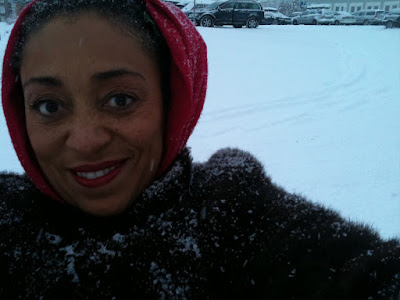 But as we say up here in Scandinavia, there is no bad weather only bad clothes ! 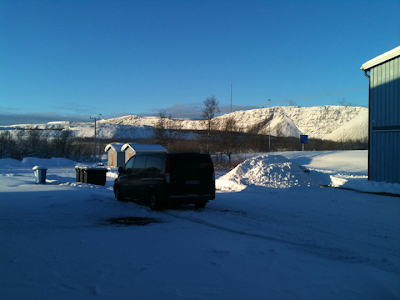 Actually winter here in Sweden on the whole has been colder than it has been for decades. One can´t help thinking ... global warming? 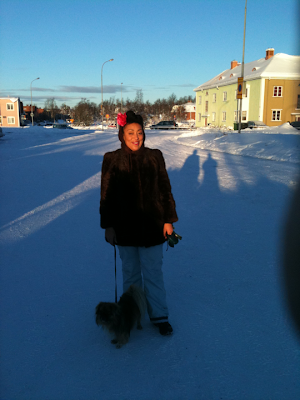 A glorious day in Kiruna or as its called by the Sami people Giron. 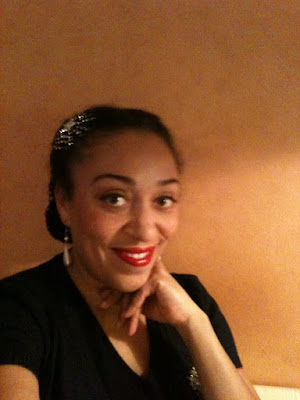 I was working on a newly written play about young Sami peoples quest for identity. Its a challenge to live a traditional Sami life in Sweden. And historically we have behaved as badly towards them as the Americans to the Native Indians or the Australians to the Aborigines... I knew this from my previous play that I directed at the theatre. But this time around, due to the material, my information and knowledge deepened. 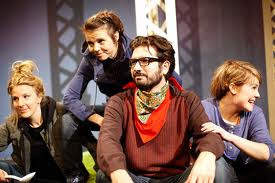 The cast were great and even though the play deals with many painful things, such as suicide
( many young Sami men commit suicide ), the injustices of the Swedish authorities over hunting and fishing rights and the struggle to continue the tradition of keeping reindeers, we wanted the play to be fun and inviting. 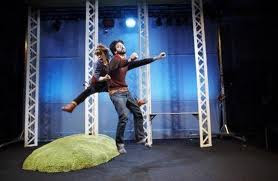 And I dare say we succeeded. Much due to the talents of my amazing choreographer Ola Stinnerbom. 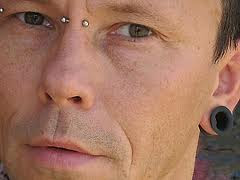 Due to a string of reasons we did this show in NO time at all. Which meant working to one in the morning sometimes. The pressure was enormous as the play was already being much talked about in the community and not always in a positive way... What was the play about? How would it depict the Sami people? Should one really talk about things like this? Having Ola at my side was such an immense support. 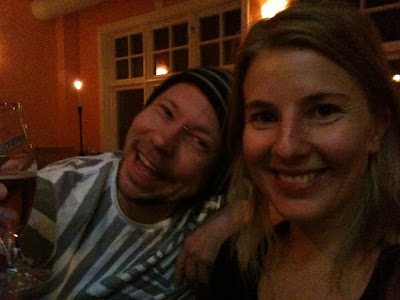 And he was the one that saw that we all relaxed a little too! :) 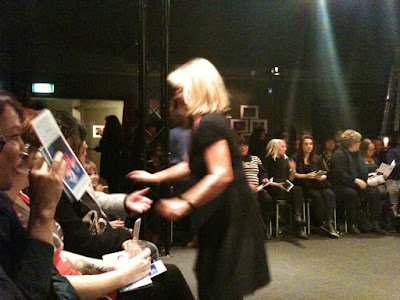 And then it was ... showtime! The head of the theatre gets involved with the audience. 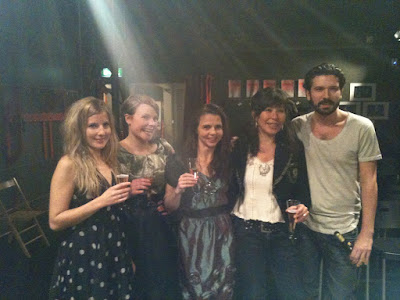 The opening night went well and the play has been well received and sparked great conversations through out the community. I couldn´t be happier! I have come to love Sapmi and have a deep respect for the Sami people. May they one day be truly recognised and acknowledged.

One of Sapmis biggest stars is Sofia Jannok. This song was the one we kept playing over and over during rehearsals :)
Posted by Diva at 11:24 PM