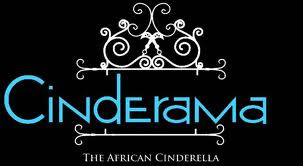 As I was in Stockholm and enjoying The Stockholm Burlesque Festival I was told that a large Swedish delegation were on their way to Ghana and amongst many things on the agenda was ... to see my play - Cinderama - at The National Theatre of Ghana!

And so, at the spur of the moment, it was decided that I should go to Ghana and help the cast "freshen up" the performance a bit. 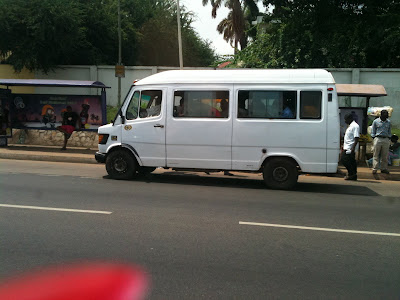 From the far north with snow and cold winds to the hot streets of Accra - it felt great to be back! 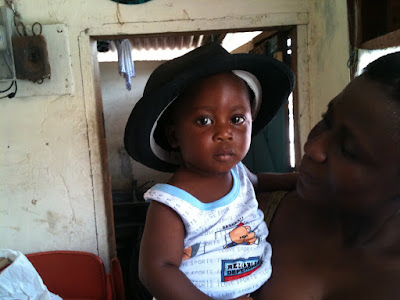 I visited family like little Kwabena. But mostly I worked and rehearsed. 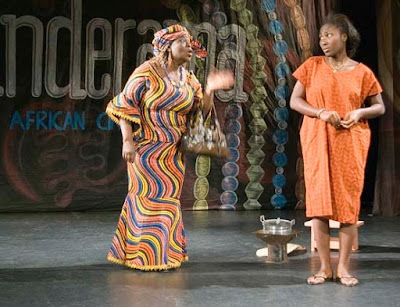 Cinderella is an universal story, but set in a Ghanaian context it has meaning to many children who are experiencing this very situation... 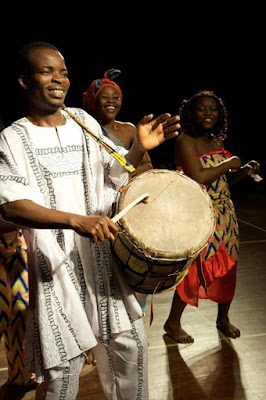 To be an attractive performance in Africa there must be, apart from a strong story, music... 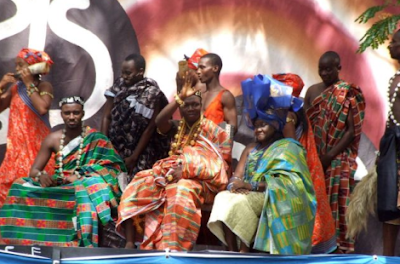 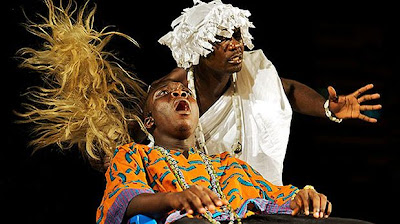 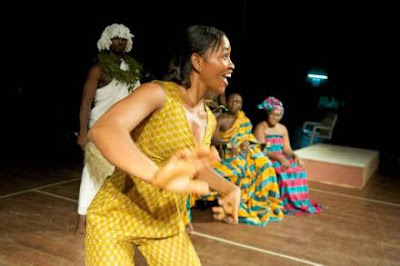 And some more music and dancing, to be considered a good show! :) 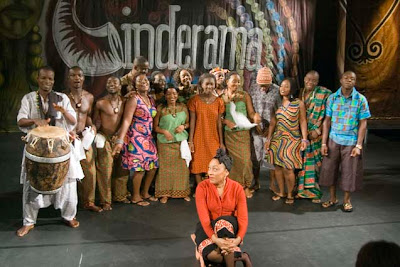 The cast on tour in Sweden. 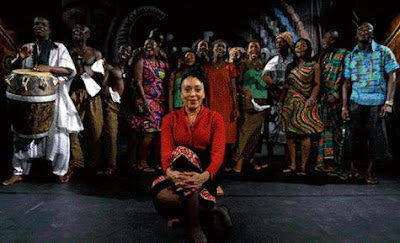 These four years have been an amazing experience I wouldn´t have missed it for all the world, despite all the HARD work! 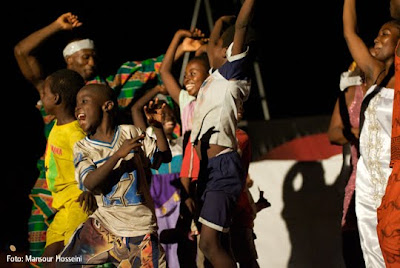 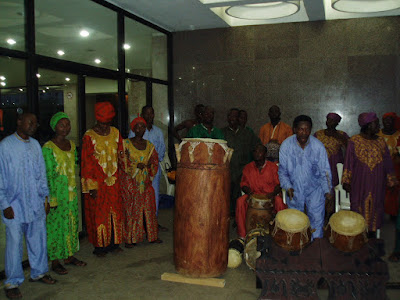 The Swedish delegations gets a warm welcome outside The National Theatre! :) 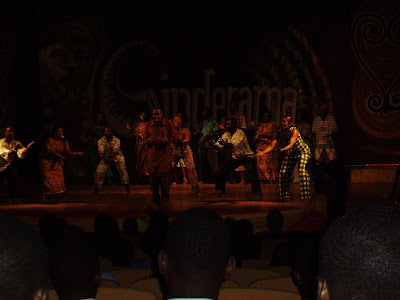 And inside the place was jamming with a house full of schoolchildren! 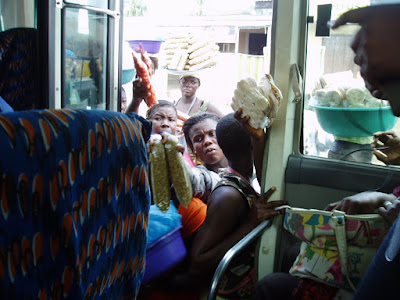 Then I went with the cast to Ho were they were going to do a performance. This is what "fast food" looks like in Ghana! :) 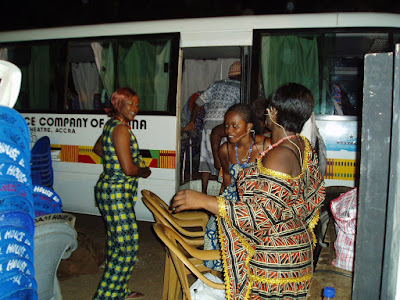 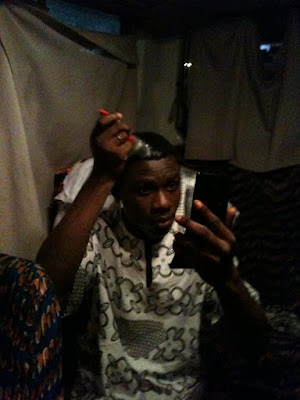 This is an actors life on the road in rural Ghana. 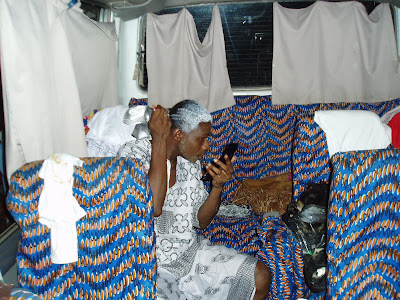 This young man has to transform himself into an elderly person in order to play the linguist ( the Kings spokesperson ) and the plays narrator. 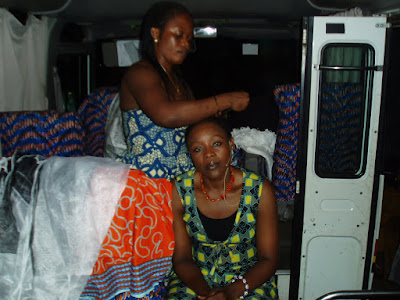 Helping each other get ready. 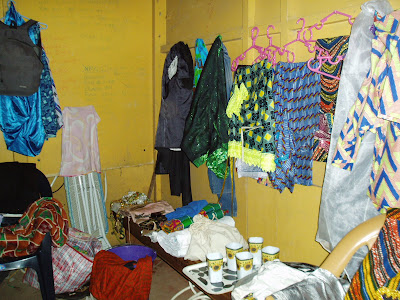 I "built" this dressing room with a hammer and a handful of nails! :) 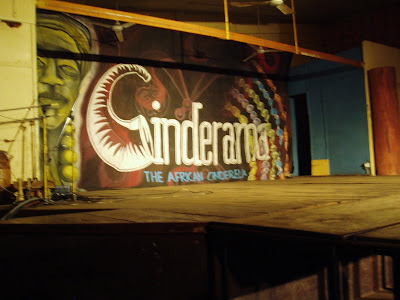 When the stage is ready... 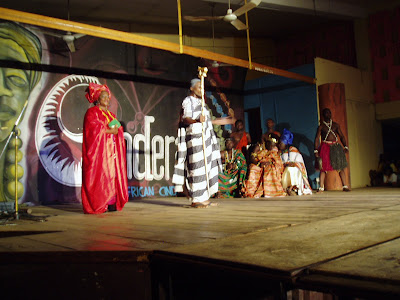 The show can begin! 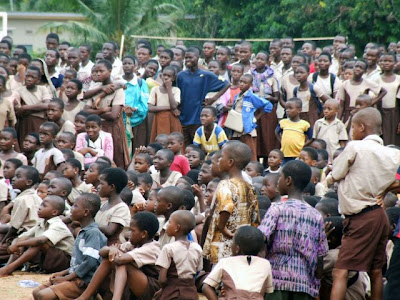 Everywhere the show performed children gathered round to hear the story anew. 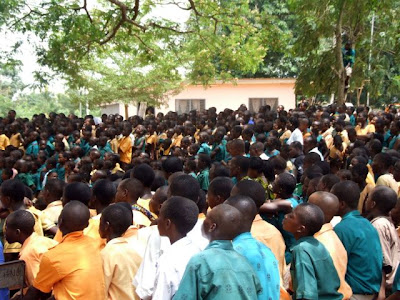 At schools the students would squeeze together to see the show. 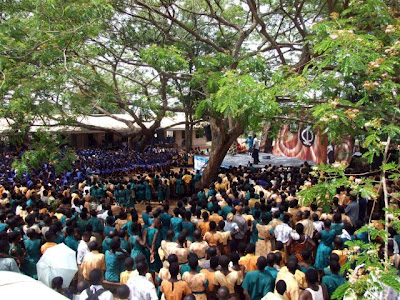 This performance did more for alerting children and young women to the rights they have in society than any pamphlet could ever have done... 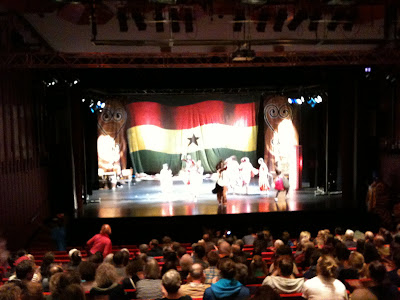 On tour in Sweden.

I would never have believed it had you asked me ten years ago... But Ghana now holds a place in my heart and in my future. Eventually I hope to build a Cultural Center in Ghana with a theatre, a children's library and a small museum. For I believe that a society that has thriving cultural institutions is a society were people can grow and flourish. Especially the children.

Thanks Gingey! Its actually easy to take good photos in Africa simply because of the amazing colours and beautiful faces :)

Thank you Baroness, it WAS an amazing experience! :)