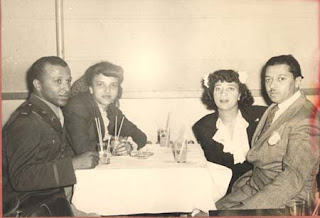 Going out for cocktail is something people did all the times in the 1940s. 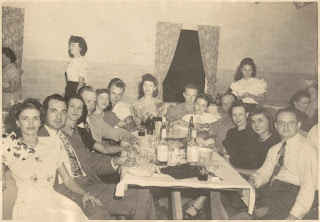 Sometimes it was just a casual relaxed get together. 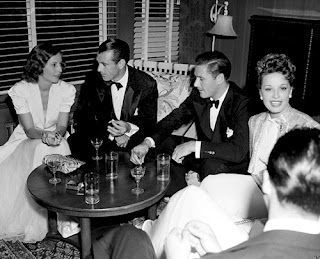 Other times it was more of a formal event and called for black tie and evening gowns. Cocktail party 1940: Barbara Stanwyck, Gary Cooper, Errol Flynn, Lili Damita. Picture from here. 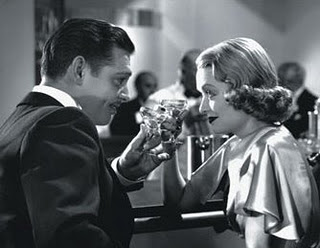 Gable and Lombard. Picture from here.


"Cocktails became fashionable during prohibition. The new cocktails, often with fancy names, were a mix of one or more types of alcohol and fruit juices usually used to mask the poor quality of bootleg liquor. Because drinking alcohol was prohibited in public places, people held private parties in their homes. These cocktail parties, typically held in early evening between the hours of 6 and 8, soon developed a reputation as chic and sophisticated events.
Attending cocktail parties meant wearing the appropriate outfit, hence the beginning of cocktail dress fashion. During the 1920s cocktail dresses were a just a fancier version of daytime attire""long, loose fitting columnar-style ankle length dresses in jewel tone colors. Small hats, gloves, shoes, and tiny handbags completed the look.


As the 1930s approached, the cocktail dress still mimicked daytime fashions, but was on its way to becoming its own fashion style. The decade between the 1930s and the 1940s saw the creation of day to evening wear and the emergence of the cocktail suit. Day to evening wear was often embellished with faux rhinestone buttons and accessorized with costume jewelry such as brooches for evening events. Hats and gloves remained de rigueur at every cocktail party, a tradition that lasted into the mid-1960s.
During the 1940s, black became the favored color for the cocktail party dress. Instead of the wool crepe used for daytime fashions, dresses were made with fancier fabrics such as silk or satin. The small cocktail hat remained a favored accessory, as did gloves. It was at the end of the 1940s that the term cocktail dress was coined."
Text from here. 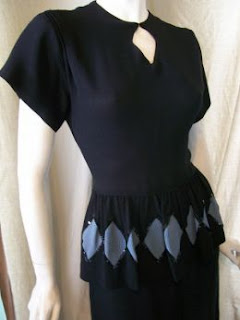 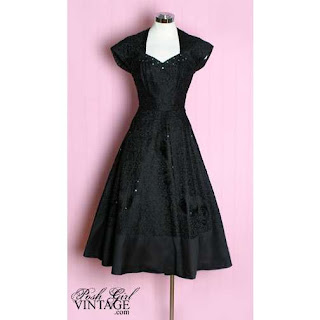 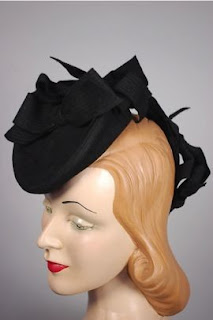 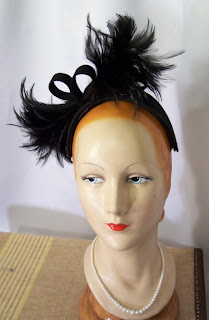 Black dress, knee length, some jewelery, hat and gloves and perhaps a fur since the weathers quite chilly. Well, I shall do my best! :)
Posted by Diva at 1:11 PM