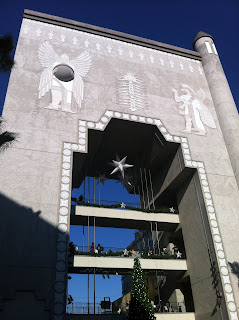 I'm going to Hollywood baby! Well, that is to say I went one December day with my sweet-sister-in-law Ruby.

Between 1998 to 2000 I was in LA to study at UCLA Extension. I remember visiting Hollywood and being quite disappointed with the drab streets and many runaway children roaming the streets...

That's why it was so great to see how much had changed since then! Especially with the new Kodak building in the middle of it all! 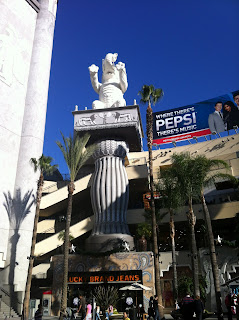 And the buildings were such a treat being as they were a homage to one of the silent eras great film directors - D.W Griffith.

"Intolerance - Love's struggle through the ages" by D.W Griffith from 1916.

Of course Griffith was also the director of the biased and racist influenced "The Birth of a Nation" were he romanticized the Klu Klux Klan... 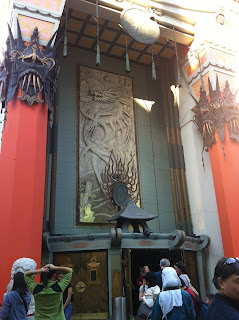 Then we went to Graumans Chinese Theater ! 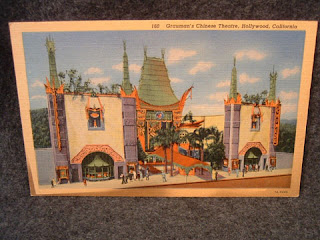 Built in 1926 by Sid Grauman, who had already had great success with his Egyptian Theater, built in 1922,the Chinese Theatre opened the following year with D. W Griffiths "King of Kings". 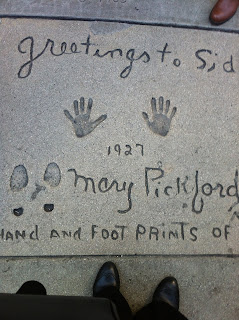 One of the first stars to put her hand and footprint in the wet cement outside the theatre was Mary Pickford (1892 - 1979). 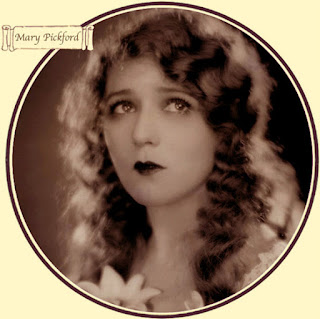 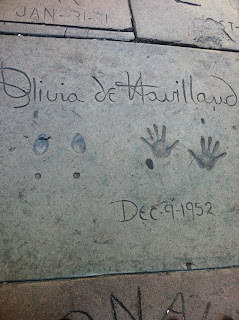 Beautiful Olivia de Havilland! So many memorable films - Captain Blood, Gone with the wind, The Heiress just to mention a few. 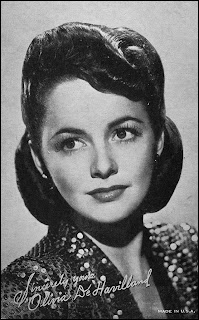 Born in 1916 she is still going strong and resides in Paris, France! Her sister is of course the movie star Joan Fontaine, but they have remained permanently estranged since the 1940s... 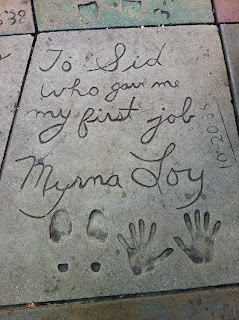 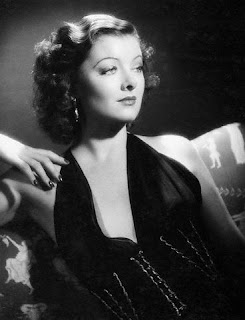 Myrna Loy (1905 - 1993) was actually discovered by another über star of the silent era, Rudolph Valentino, as she was one of the background dancers at... the Graumans ChineseTheater! 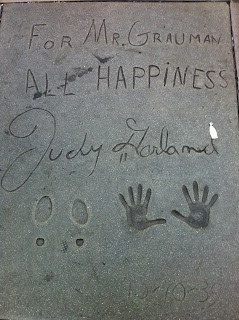 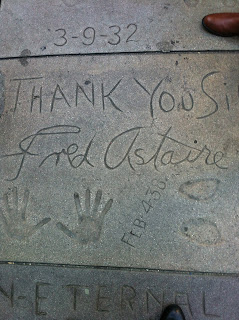 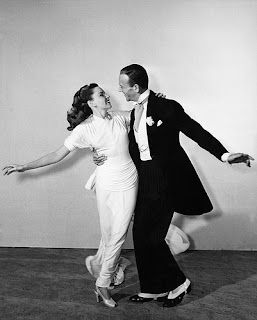 Jerusalem Artichoke Soup
Posted by Diva at 11:44 AM

must be a very exciting experience - never been myself....

There is a very special surprise waiting for you on my blog today...
http://fairyfiligree.blogspot.com/2012/01/hey-bloggers-its-award-time.html. Be sure to visit - I hope you'll like it...

Ms Fairy Filigree : It was so much fun. But only because someone had lend me a book on Vintage La, landmarks and shops!

I did that same tour two years ago and had an incredible time. It's fun, isn't it?

Desiree : Yes! Although I didn't have time for the tour but sort of just shuffled to stone after stone ! :)