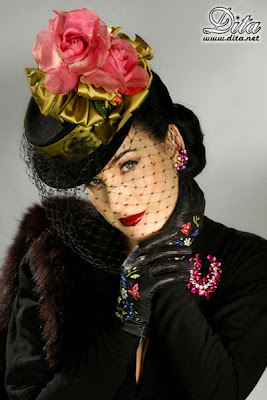 What an inspiration she is! The elegance of how she carries herself and what she wears, but also her performances. I can´t wait for the next issue of InStyle where she shows her home!

In another magazine was listed some of the places Dita shops in LA. One of them was Faire Frou Frou a lingerie boutique. That's where I found these adorable slippers! They come in black too and cost 63$ 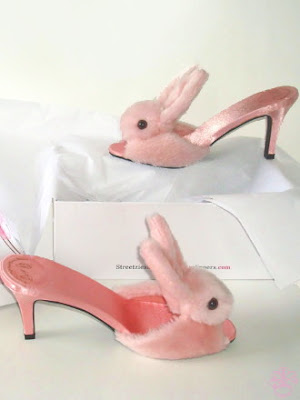 Dita has been working with Cointreau on a number of occasion and is their current most notable spokeswoman. Dita designed this spectacular Cointreau Coffret (that I want, yes I do! yes I do!) 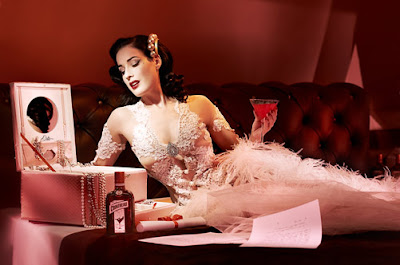 Its soo elegant! It comes with a bottle of Cointreau, two glasses and a shaker! But you can only buy it in three locations in the world, Selfridge in London being one of them, but not online.... :( 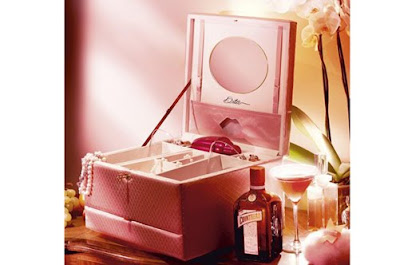 After its been used for its purpose the box becomes a beautiful jewelery box! On another note I just have t0 mention Frollein von Sofas latest creations... 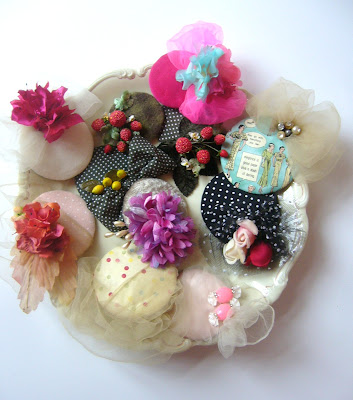 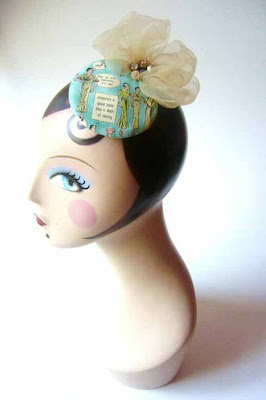 Look a this little delicate "cake" hat! Marvelous!
Posted by Diva at 1:03 AM

I couldn't be happier about this post - not because I am mentioned in it....( but thanks so much !!! )
Dita's house just knocks me off !! I wanna move in. Right now.
And the funny thing is - those perfect bunny shoes are on my wish list for quite some time now. I want them in black. Thanks again for sharing Dita's pictures.
Many kisses from Berlin, Anne

I had to go out and get the magazine after I read your post yesterday. Thank you because I never would have known about it if you hadn't blogged about it! Her house has so much personal character, I love that her personality shines through in every part of it. I can only hope to have a home like that one day!

Frollein : I know, the bunnies are just so darn cute! As for Dita, I remember seeing here vintage hat collection in her "hat room" and thinking I want to see more!!

Jsmine : I´m off tomorrow to see if I can get the latest Instyle too! :)