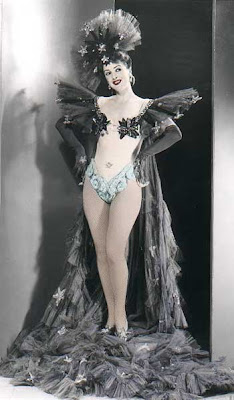 I read this at Huffington Post. Doesn't this sound exciting!

"Barbra Streisand may be bringing her love of Broadway and Hollywood together in a big screen revival of 'Gypsy.'

According to the New York Post, Streisand is working to secure the film rights of the legendary Broadway show, written by Arthur Laurents and Stephen Sondheim. Streisand would star and direct the movie, the report states.

If she wants to make it happen, she needs to get the blessing of Laurents, who famously guards his work. That seems to not be much of a problem.

"Barbra and I have been getting along very well now for some time," Laurents told the Post on Tuesday. "We've talked about it a lot, and she knows what she's doing. She has my approval."

Another potential roadblock? She may not want to play the lead, vicious stage mother Mama Rose, with the nastiness required.

"Barbra and I have had long talks on this very subject," Laurents said. "She had a mother who she always thought was Mama Rose. I don't want to get into the details, but the point is she knows. She's got it in her. She's going to be much more than people expect."

I think that sounds so much more interesting than the recent film "Burlesque" with Christina Aguilar and Cher....