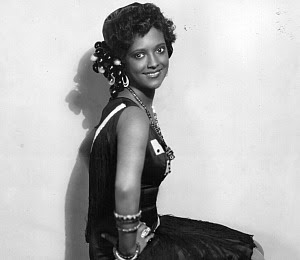 Nina Mae McKinney, born June 13 in Lancaster, South Carolina in 1913. Dubbed as "The Black Garbo", she was one of the first African-American film stars.

McKinney moved to New York when she was a teenager and began her career performing as a dancer. She was spotted dancing in Blackbirds of 1928 by director King Vidor and cast in the lead role of Hallelujah!, one of the first all-black films by a major studio and Vidor's first sound film, for which he was nominated for an Oscar in 1930. In the film, McKinney dances the "Swanee Shuffle", a seductive dance which became a minor fashion. 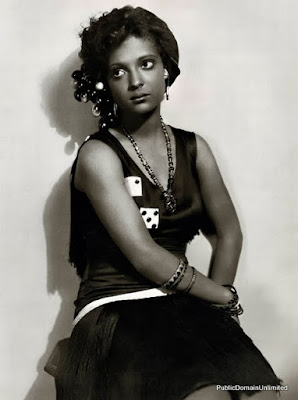 After Hallelujah! McKinney signed a five year contract with MGM, however, the studio seemed reluctant to star her in feature films. Her most notable roles during this period were in films for other studios, including a leading role in Sanders of the River (1935), made in the UK, where she appears with Paul Robeson. After MGM cut almost all her scenes in Reckless (1935) she left Hollywood for Europe where she acted and danced, appearing mostly in theatrical shows and cabaret. 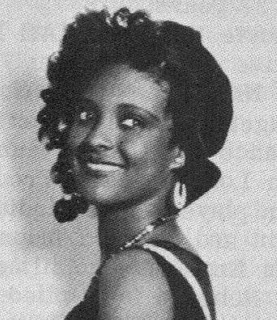 She returned to the United States at the start of WWII where she married Jimmy Monroe, a jazz musician. After the war she moved to athens, Greece and lived there until she returned to New York in 1960. 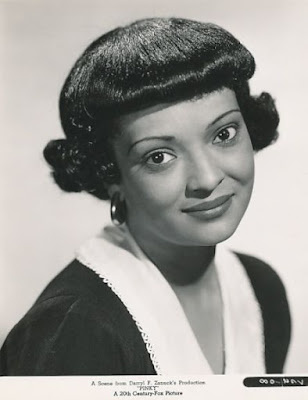 Nina Mae McKinney died May 3, 1967 of a heart attack. In 1978, she was inducted into the Black Filmmakers Hall of Fame.

Information from Wikipedia.
Posted by Diva at 10:17 PM

oh, she was GORGEOUS! I hadn't heard of her, which is a shame. Thanks for this post!